The story of coffee production in Java presents several twists and turns—from a near wholesale conversion to robusta plants following a severe outbreak of coffee leaf rust in the mid-1800s, to the break-up of the large colonial plantations following independence, to the most recent focus on quality following the re-introduction of Arabica plants.

The coffee plant is not native to Indonesia. In the late 1600s, when Indonesia was a Dutch colonial possession, Arabica coffee plants were brought to the archipelago in an effort to break the Arabian monopoly in coffee trading. Initially planted in Western Java, plantations were later established throughout the island as well as on neighboring Sumatra and Sulawesi. On Java, production was closely managed by the Dutch, who divided the most favorable growing areas into four plantations: Kayumas, Jampit, Pancoer and Blawan. Blawan and Jampit are particularly renowned for their ideal situation at higher altitude on a plateau of mineral rich volcanic soil.

Following independence in 1949 the estates were managed by the fledgling Indonesian government and continue to this day as “the government estates.” They preserve a tradition of producing fully washed coffee, in contrast to the island’s private estates that often process their crop with a semi washed method reminiscent of that used in Sumatra and Sulawesi.

Our Blawan is soft, full, and juicy in the cup, with a big creamy body and more bright liveliness than often found in Estate Java. Initial flavors of grape, plum, and bergamot join notes of cinnamon, cream soda, and black tea toward the finish. The soft, sweet creaminess of the entire cup hits like an ice cream float. 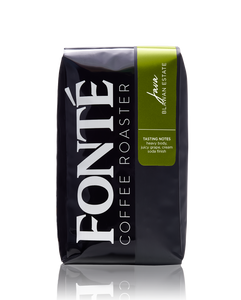 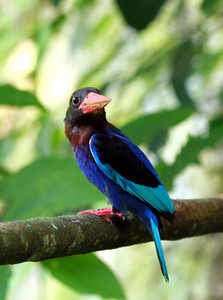