Moka Java is one of the oldest and most recognized blends of coffee. Its colorful history revolves around colonial shipping lanes of the 17th and 18th centuries. At that time, and occasionally still today, green coffees were identified by the port through which they passed on their way to European markets. Two of the largest coffee exporting ports of the period were Mocha (Al – Makha) in present day Yemen and Java in Indonesia. European merchant vessels would call at both ports as they completed a circuit of established trade routes, arriving in Europe with somewhat aged Java coffees and slightly fresher Arabian coffee from Mocha. Coffeehouses of the day began blending the two beans, and the resulting combination of dark earthy Indonesian flavors with the bright fruity aromas of natural process Yemenis became extremely popular.

More recent times have seen a certain amount of confusion become associated with the name of this historic combination. The term “Mocha” has gradually come to connote “chocolate flavored”, an evolution that the coffee industry itself had a hand in. Over the last half century Yemeni coffees have periodically been unavailable or in extremely short supply, and related coffees, primarily from Ethiopia, have been employed as the Moka element in the blend. Some blenders prefer to use Indonesian coffees other than Java in the blend, usually Sumatra, with an argument that these coffees most closely mimic the flavor of the Indonesians of the colonial period.

Our Moka Java is traditional in concept. Blended with Blawan Estate Java and Ethiopia Harrar, it presents the classic flavor elements in high relief. We should expect some cup variation from the natural process Harrar—some a bit more winey and savory, others with more sweet berry character.  The soft, creamy Java contributes a juicy, slightly floral character to the cup’s initial impression, sharpened by a sweet winey acidity reminiscent of sherry, leading into and supporting the cocoa, cinnamon, and spice-rich aromas of the Ethiopia Harrar. While lush and big-bodied, this Java also brings a delicate transparency that allows the vivid aromatics of the dry processed Ethiopia to shine while taming any earthiness sometimes found in natural coffees. 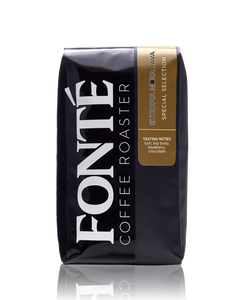 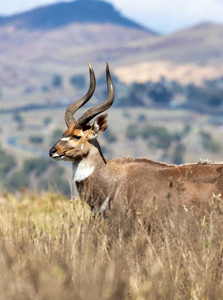