The term “Specialty Coffee” was originally coined to distinguish higher quality coffees from the rest of the pack. Over the past 25 odd years that Fonte has been offering these coffees we have come to realize that the “special” in Specialty Coffee often applies to the people involved in its production as well. It’s a story frequently encountered, common to Fonte and others throughout the industry: one person with the vision and drive to create and share excellence, tightly focused on even the smallest details and overcoming any obstacles the world may throw at them. Arnulfo Leguizamo of the Colombian farm El Faldón is one such story.

Arnulfo’s career as a coffee farmer in the Huila District of Colombia began at a time of low coffee prices and little differentiation between farms, green beans being blended into anonymous lots labeled at best “Huila” or at worst simply “Colombian”. He had a vision of growing coffees of such quality that they could be associated to the name of individual farms of origin, and could be sold at a price that would allow farms to support and maintain skilled communities over time. It was out of this passion that El Faldón was born.

In the succeeding years the hard work and diligence employed at El Faldón has brought international recognition. Arnulfo’s 2011 submission to the Cup of Excellence competition took first place, selling for a record breaking $45 a pound, his coffee has been recently featured by competitors at the World Barista Championship, and his efforts have helped attract North American investment in a regional cooperative cupping lab.

Our latest White Label offering brings to the cup a vivid expression of the dedication to excellence shared by Fonte and the crew at El Faldón. Abundantly juicy at first sip, intense notes of ripe pear predominate, with a counterpoint of key lime tartness gradually increasing as the cup cools. The body is silky but textured, and carries us into a candied, toffee finish.

Impeccably clean and focused, El Faldón is a beautiful example of a coffee whose qualities transcend origin, reflecting the commitment of each individual involved in delivering it to your cup. Don’t miss this limited opportunity to share this wonderful coffee. 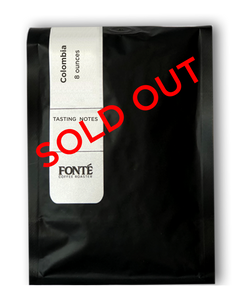 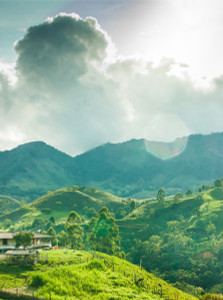